Zimbabwe officially the Republic of Zimbabwe, is a landlocked country located in Southern Africa, between the Zambezi and Limpopo rivers. It is bordered by South Africa to the south, Botswana to the southwest, Zambia to the northwest and Mozambique to the east. The capital is Harare. Zimbabwe achieved de jure sovereignty from the United Kingdom in April 1980, following 14 years as an unrecognised state under the conservative whiteminority government of Rhodesia, which unilaterally declared independence in 1965. President Robert Mugabe’s Zimbabwe African National Union – Patriotic Front (commonly abbreviated ZANU-PF) has been the dominant political party in Zimbabwe since independence

The name “Zimbabwe” is based on a Shona term for Great Zimbabwe, an ancient ruined city in the country’s south-east whose remains are now a protected site. 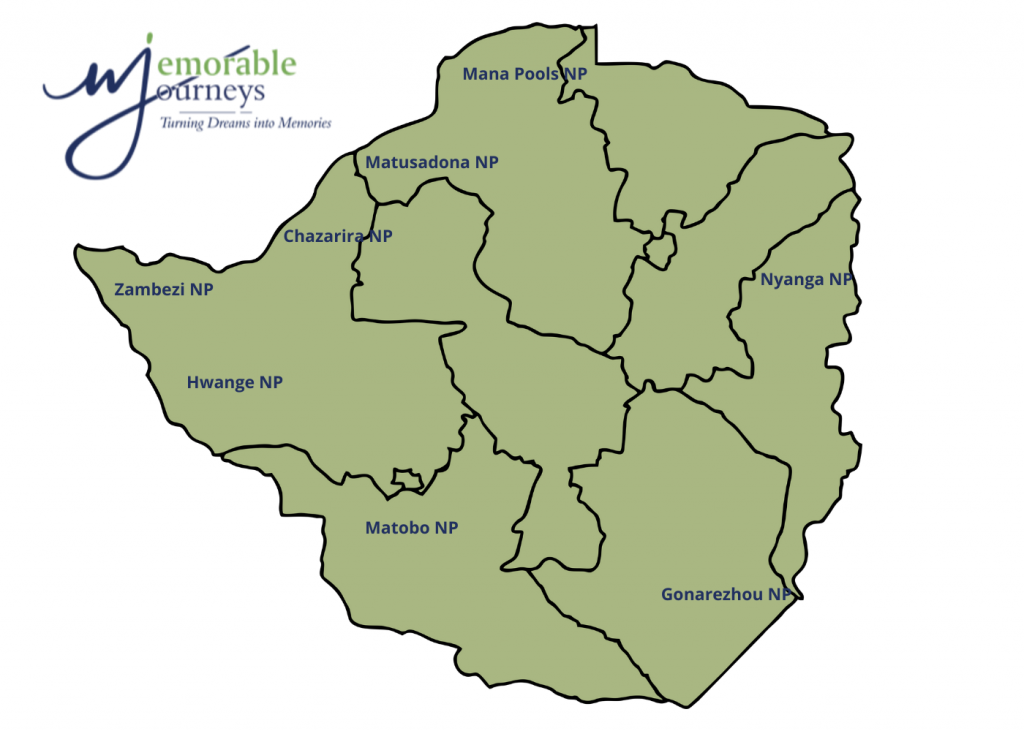 Most of the country is elevated in the central plateau (high veld) stretching from the southwest to the northwest at altitudes between 1,200 and 1,600 m. The country’s east is mountainous with Mount Nyangani as the highest point at 2,592 m. About 20% of the country consists of the low veld under 900m. Victoria Falls, one of the world’s biggest and most spectacular waterfalls, is located in the country’s northwest as part of the Zambezi river.

Zimbabwe boasts several major tourist attractions. Victoria Falls on the Zambezi, which are shared with Zambia and eight main national parks, the largest of which is Hwange National Park. Some of Africa’s most exclusive wildlife is found in Zimbabwe. Many of the national parks contain the classic Big 5 – Elephant, Lion, Leopard, Buffalo and Rhino as well as being world famous as a birding destination, with Hwange National Park contains some of the highest concentrations of birds on the planet.