Luangwa Valley is home to Zambia’s largest lion population. It is recognized by National Geographic’s Big Cats initiative as one of 21 high priority lion conservation areas in Africa. Zambian Carnivore Programme (ZCP) is working with various partners to ensure that the Valley continues to be one of the last remaining strongholds for the King of the Jungle. This series of articles will introduce future visitors to South Luangwa to the lion prides they may encounter on safari. 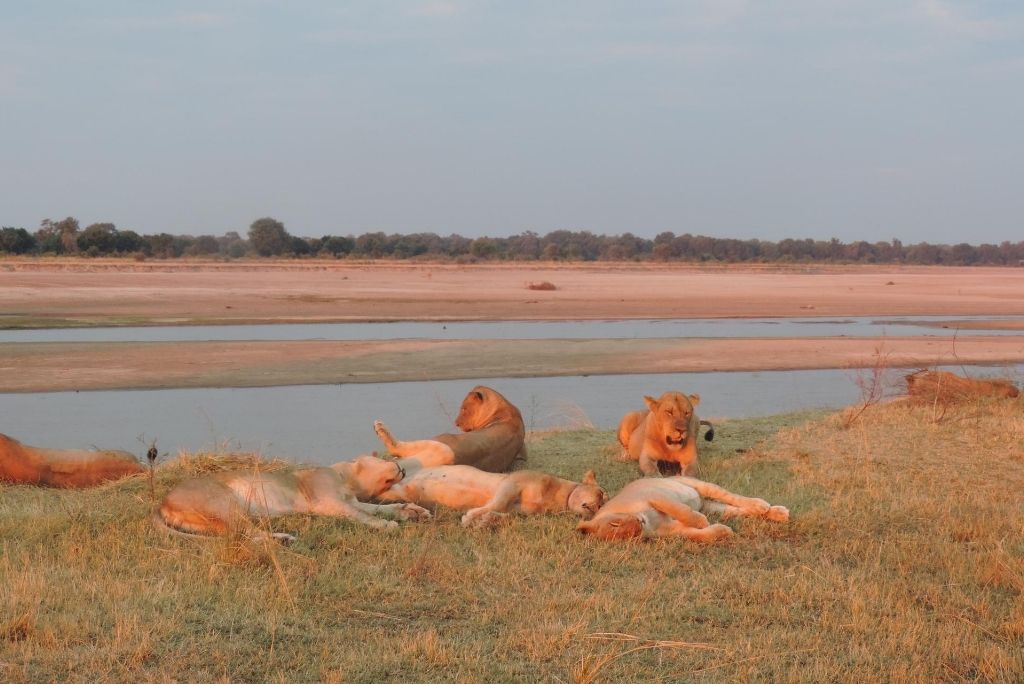 The Big Pride: The Big Pride has been the highlight of many safaris in the main game-viewing area of South Luangwa National Park for over a decade. The pride was formed when a super pride of 30+ lions split into 3 groups in the Lion Plain/Mwamba area. Two of the sister prides (Mwamba 1 and Mwamba 2) stayed north and Mwamba 3 followed the Luangwa River south. Because they were the biggest pride that the area had seen in a while, Mwamba 3 became popularly known as the Big Pride. At its peak (2013-2015), the group was made up of 23 lions regularly sighted together, to the delight of tourists and everyone working in the park.

Since leaving the Lion Plain/Mwamba area, the Big Pride has seen several male coalitions come and go.  In the nearly 12 years that it has been South Luangwa’s most viewed pride, the group has been attended by the Luwi Coalition (Slit, Stewart & Grumpy), Shaka of the Chichele Coalition, Nsolo Coalition of 3 males, Ginger and Garlic and more recently, the Chipela Coalition from Lion Plain. All these coalitions sired cubs with the pride but the most successful, by far, was the Nsolo Coalition. During the Nsolo Coalition’s tenure, the Big Pride had 12 cubs born late 2012/early 2013 and 5 cubs born in 2014. Up to the time the Nsolo males left the area, the pride experienced excellent cub survival with most cubs making it to 1 year of age. With regards to cub survival, the successors of the Nsolo males did not fare as well. By the end of their tenure, the famous Ginger and Garlic had only produced 3 surviving cubs in the Big Pride. 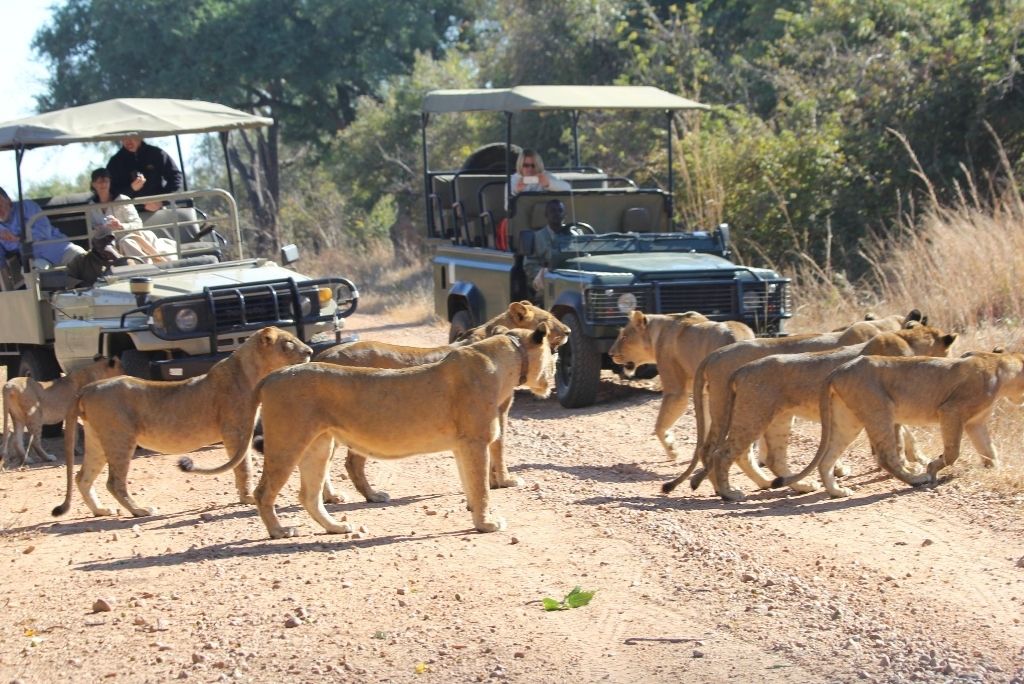 Over the years, the Big Pride has undergone both temporary and permanent fragmentation phases and has to date spawned 3 other groups. First was the Chinzombo Pride, which broke away in 2013, followed by the Chipela Pride, both of which were formed during a coalition turnover period. The most recent splinter group is the Nkwali Pride, which is composed of lionesses from the 2012/2013 cohort. This pride has left the park and can now be found mostly in Lower Lupande GMA. Currently 11 strong with 5 prime-aged lionesses, this group is a super pride in the making.

At the end of 2019, the Big Pride’s main group usually consisted of 9-12 lions. Although the original members are coming into their twilight years, the Big Pride has so much potential to return to their former glory. There is a new coalition in the main game-viewing area and we look forward to seeing the next generation of Big Pride lions.

The Zambian Carnivore Programme is a non-profit organisation working in the Luangwa Valley, Kafue and Liuwa ecosystems. Their mission is to conserve large carnivores and their habitat with research, conservation action and conservation empowerment.