The Hidden Gems of Kafue

Sarah Kingdom shares some of the hidden gems she uncovered while visiting the oldest and largest park in Zambia, Kafue… 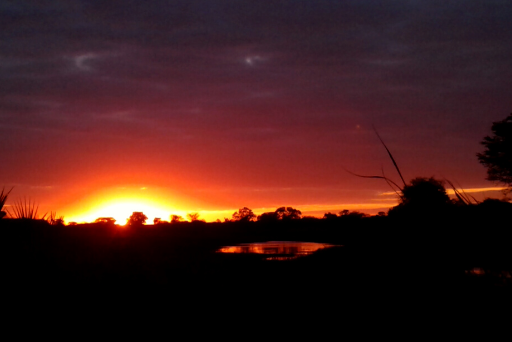 The Kafue National Park (KNP), an unspoilt wilderness of diverse wildlife, is one of Africa’s best-kept secrets. At 22,480km sq KNP represents 36% of Zambia’s National Parks land, and when combined with the surrounding 45,400km sq of Game Management Area, the total wildlife area, 68,000km sq, represents a staggering 9% of Zambia’s total landmass.

This is a land without fences and with few roads. In the southern reaches of Kafue lies a hidden treasure… the Nanzhila Plains. We had been to KNP before, we had visited the beautiful Busanga Plains in the far north, the scenic centre of the park and gone as far south as Lake Itezhi Tezhi, but we had never made it as far as Nanzhila, this time we were back to visit this special place.

Three hours after leaving Lusaka, we broke our journey to the Nanzhila Plains with a couple of nights at Ila Lodge in the centre of the park. Built on the banks of the 400m wide Kafue River, Ila Lodge is a luxury tented safari lodge. Each tent is perched on its own deck overhanging the river with lovely views. After lunch and freshening up, I was off on an afternoon game drive in the park, on the other side of the river. A short float across the water and we installed ourselves in the game drive vehicle and set off.

The park was alive with puku that afternoon, around every bend in the road more and more of these handsome shaggy coated antelopes awaited. Young males mingled in their bachelor herds. More dominant males jealously guarded their female harems. Dotted amongst the puku were impala, Defassa waterbuck and the occasional zebra. The sun set and the night air grew chilly, wrapping ourselves in warm ponchos we carried on with our drive. We followed a male leopard for half an hour while he sauntered casually down the road, sniffing and marking his territory as he searched for his mate.

The following morning, after a tranquil night’s sleep, we crossed the river in the boat as the sun rose… a great way to start the day. Then we were off on another drive.

Rounding a corner we were greeted by a herd of buffalo numbering in the hundreds. Buffalos of all shapes and sizes. From rusty brown babies to battle-scarred and black old males, they milled around our vehicle, as they breakfasted. In the background, a large family of elephants, ranging in age from tiny babies to the old matriarch, took part in the movable feast. Around another corner we startled two lionesses, within minutes they had vanished, melting into the long grass. If we had arrived minutes later we never would have known they had ever been there.

It was time to move on to our ultimate destination, Nanzhila Plains. For many years this part of the park was more or less cut off from the north, and it is still not a simple exercise to get there. We headed down the spinal road through the park and then joined a brand new, still under construction dirt road heading further south of the park. So now that the road didn’t feature on our map, we got somewhat lost, luckily some helpful Chinese contractors, with the help of some hand waving and sign language, showed us the way to go and we were on our way.

The Nanzhila Plains, in the south end of Kafue National Park, is a stunning landscape of open grasslands and dambos, fringed by miombo woodland and mopane forests. Baobabs and acacias dotted the landscape. The plains are punctuated by termitaria, interspersed with low woodlands, thickets and scattered pools and ponds. The grasslands provide perfect grazing grounds for a wide variety of antelope. Driving into camp we got a taste of what was to come, with the widest variety of game we had seen thus far on our trip. Zebra, reedbuck, impala, kudu, waterbuck and even a lonesome roan all witnessed our arrival. 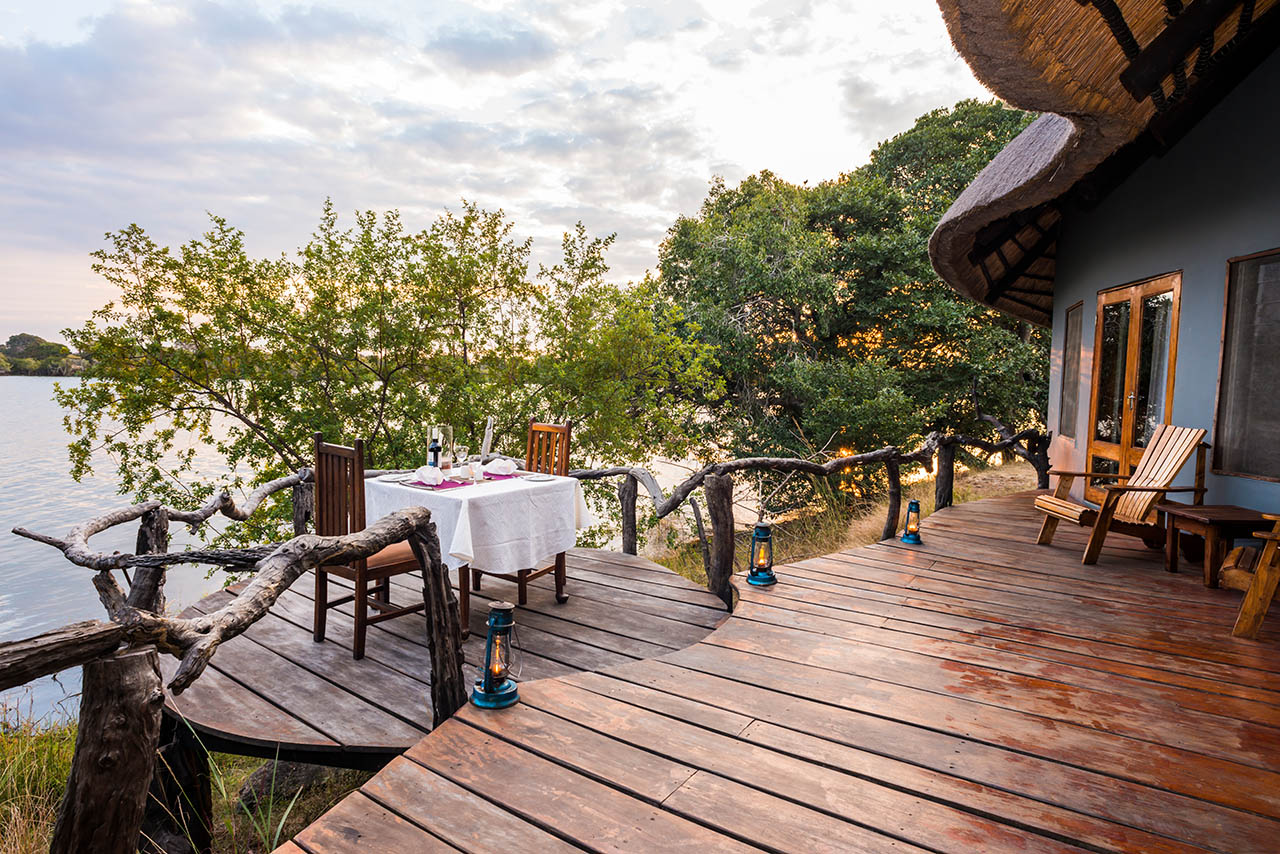 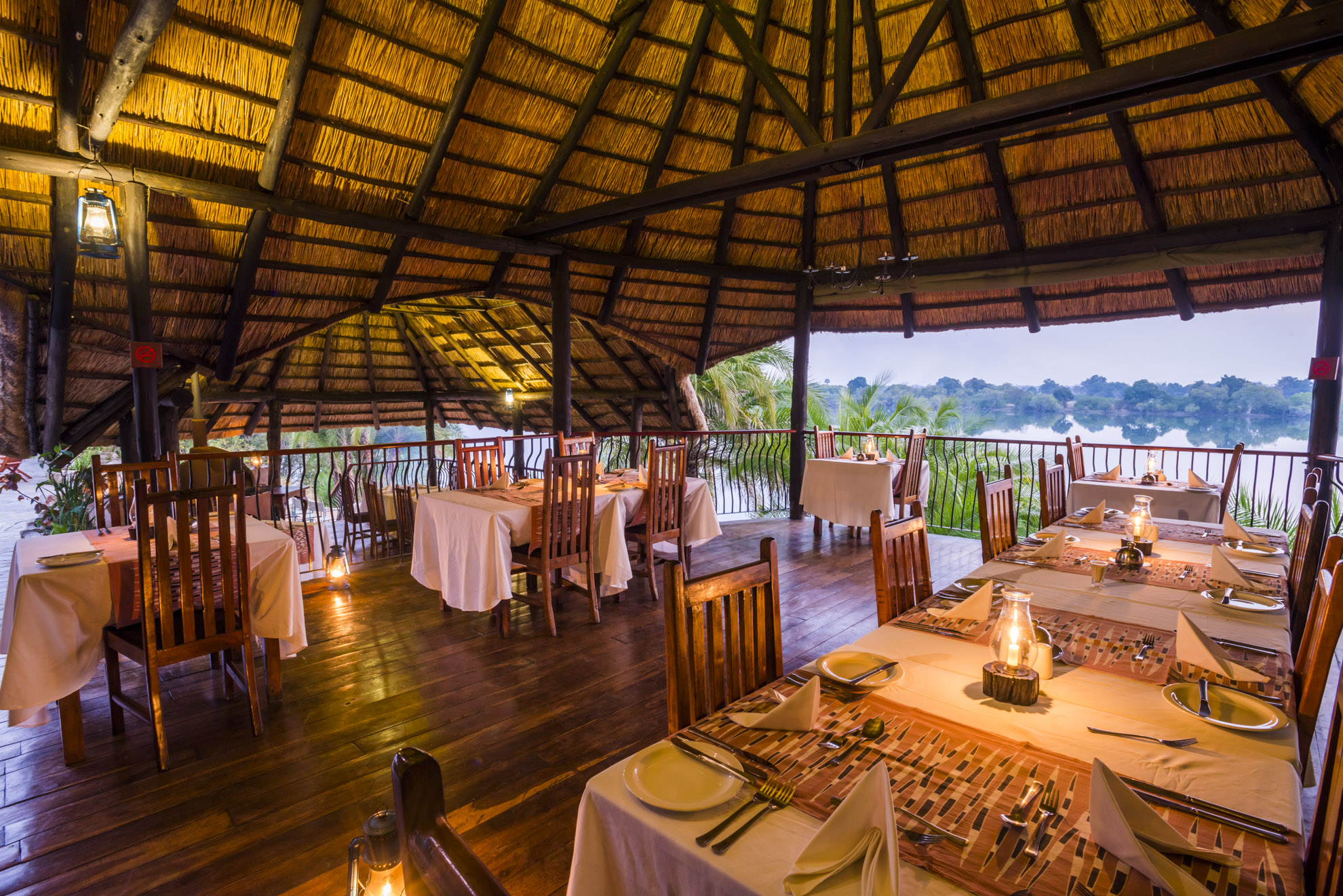 Nanzhila Plains Safari Camp has an air of incredible solace a peace. The lodge has a fantastic view over a small lake… which was occupied by a family of pygmy geese when we arrived. Being away from the river and it was the dry season the waters had receded from the plains. The hippos, with their noisy nighttime noises, had moved on and so we had a silent night’s sleep until the plovers and lapwings, acting as our wake-up call started their dawn chorus at 6 am. 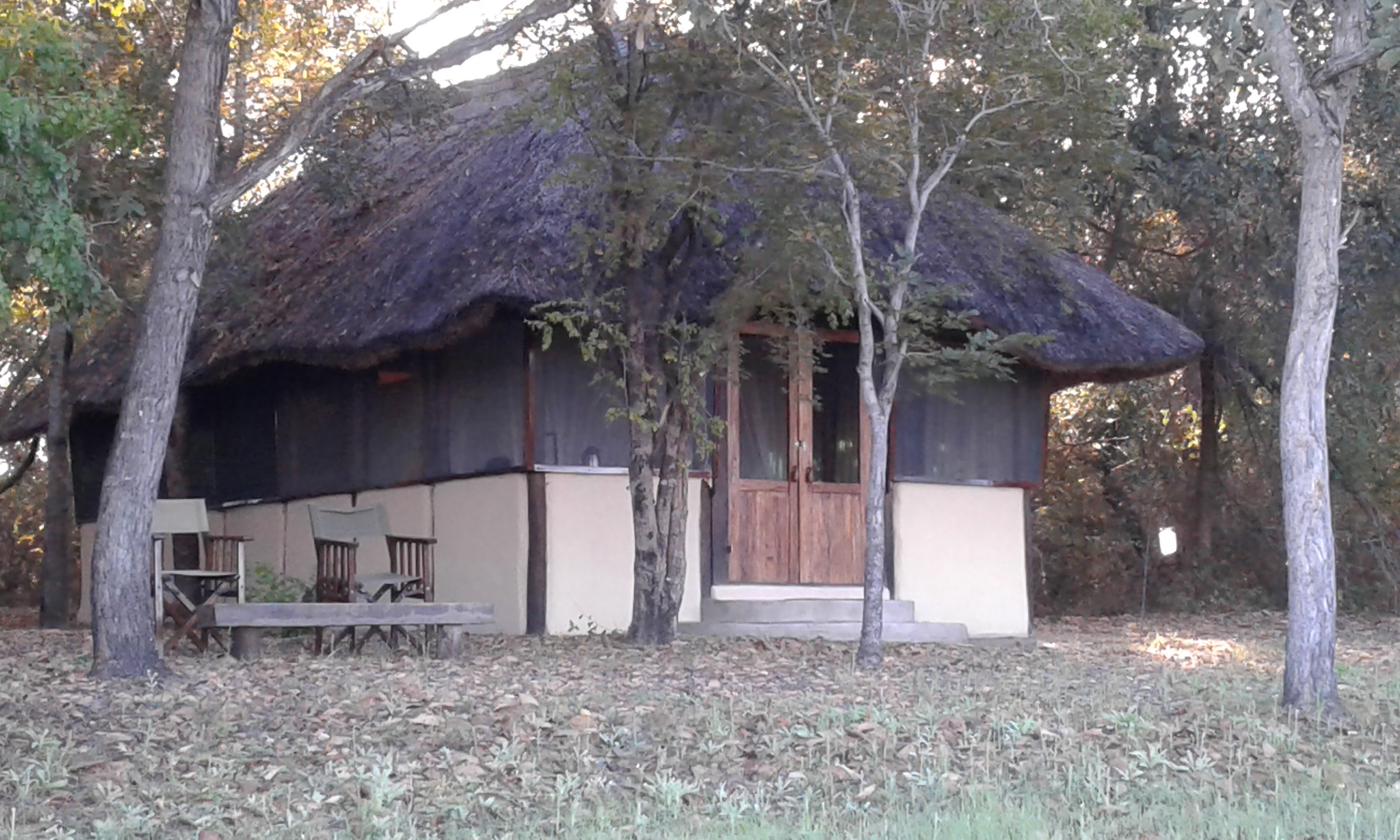 We had tea, coffee and rusks by the fire before rugging up for our morning drive. A huge variety of antelope awaited us. Impala, reedbuck and a large bachelor herd of kudu with their trademark corkscrew horns. A family of oribi, mother, father and baby, pranced across our path on fragile-looking legs. A singular, slightly confused looking sable stood amongst a huge herd of waterbuck. Groups of zebra chewed ruminatively as they surveyed us. A herd of wildebeest galloped in ever-widening circles, each one showing off in his own unique way. A serval stalking in the grass suddenly caught sight of us and disappeared at speed. A pair of bush pigs snuffled in the grass, digging up their breakfast with their snouts. The ground was peppered with the footprints of marsh mongoose, porcupine, hyena and lion. 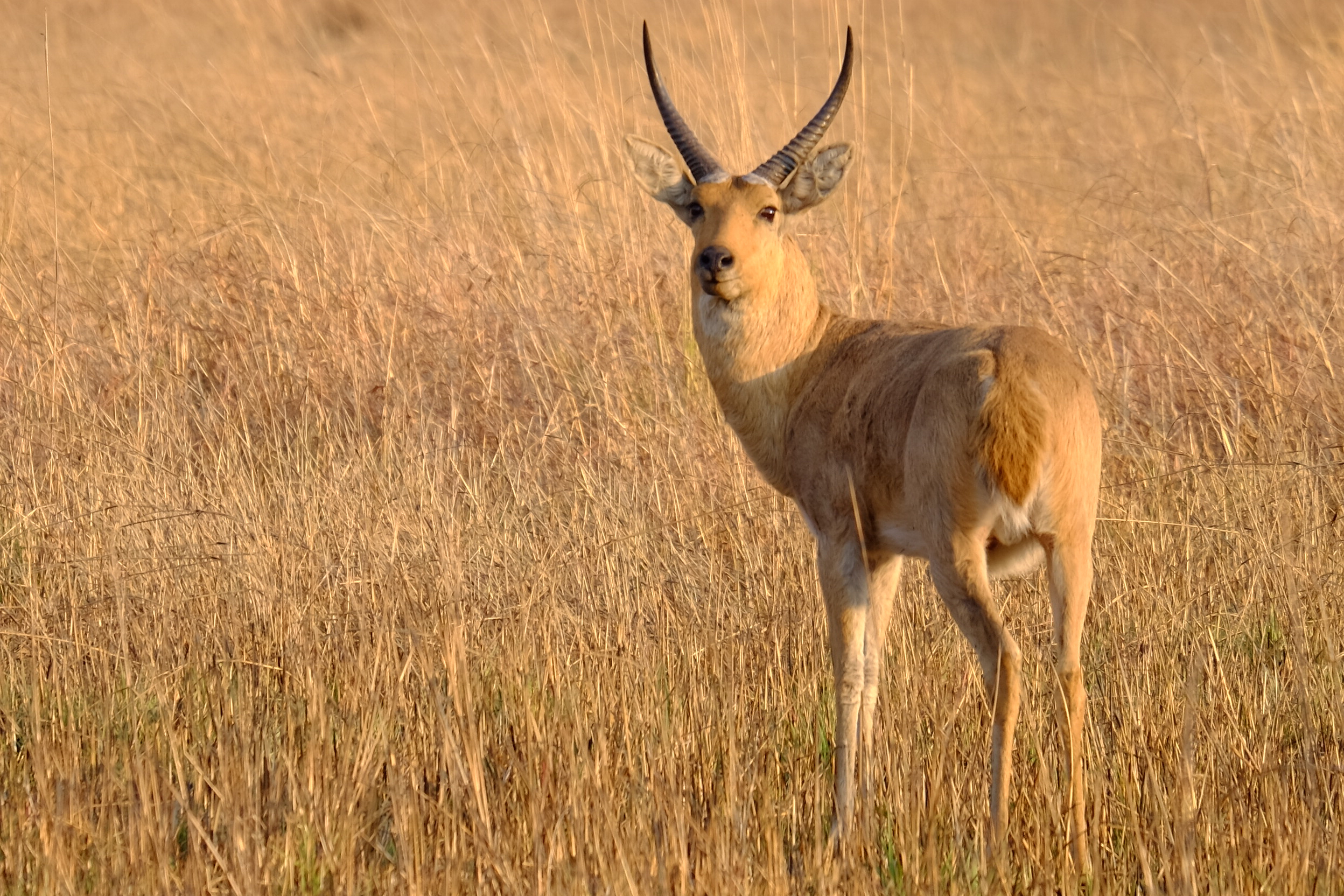 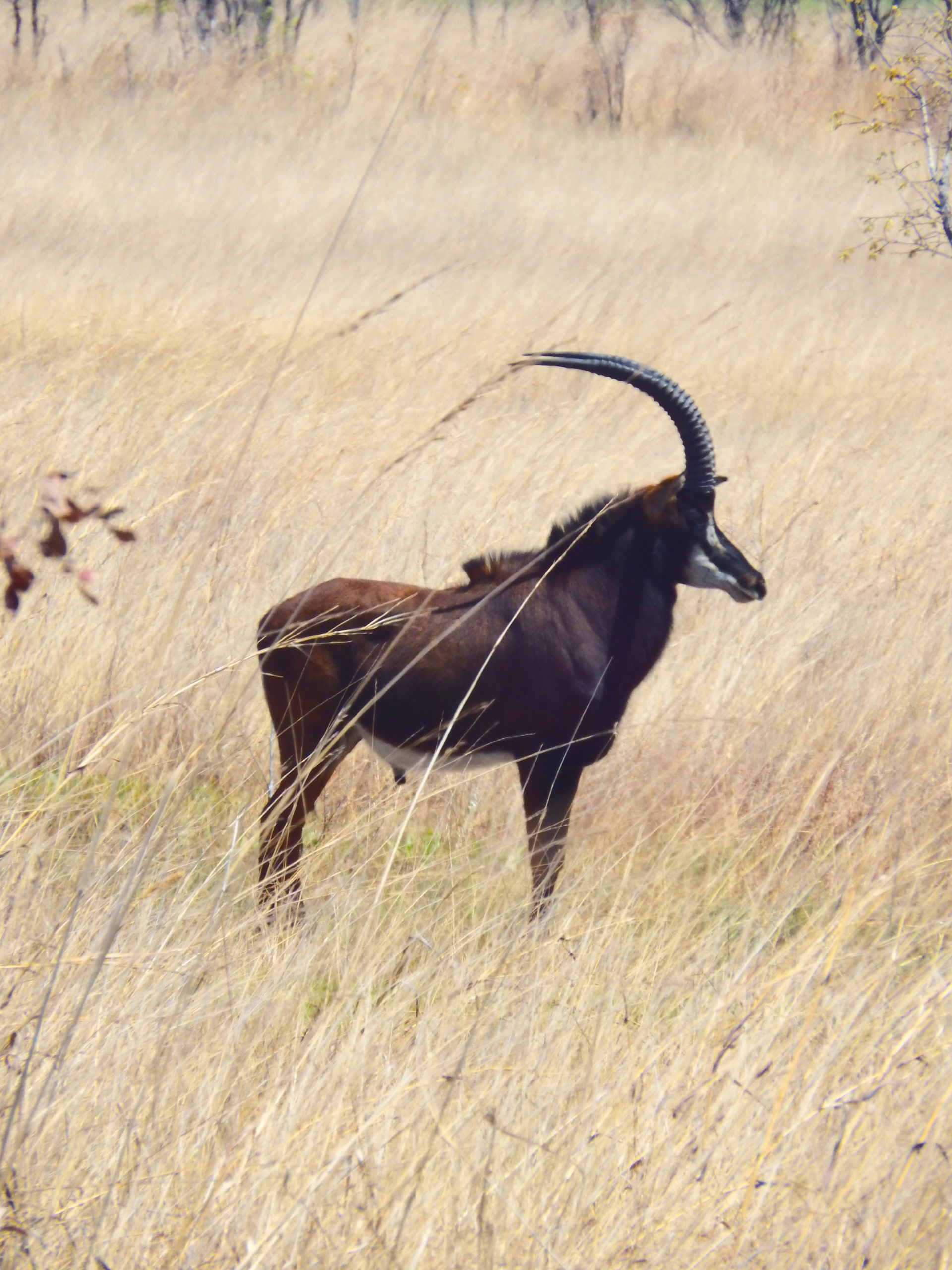 This part of Kafue National Park is a fantastic place for bird watchers, and a vast array of birdlife was on display. Three pairs of wattled cranes danced in the shallow waters. A Dickinson’s kestrel and a marshal eagle perched in trees overhead. Shelley’s francolins rustled in the undergrowth. Swallow-tailed bee-eaters swooped. Three giant eagle owls and an African Barred owl were spotted in quick succession. A pair of Fish eagles worked at enlarging their family. Grey-headed parrots squawked and flew overhead. We were excited to see several small flocks of Black-cheeked love birds, endemic to the southwest of Zambia and which breed in and around the park.

Nights in camp, sitting by the fire, were a great way to end the day. With a drink in one hand, your legs outstretched towards the mesmerising flames and the vast spaces around you, you really appreciated what a special place you were in and what a privilege it was to be there. With 3,000km sq of diverse landscape and wildlife all to yourself, Nanzhila Plains somehow still manages to remain an intimate and personal experience.

Safari life can be a seriously tiring thing. 5 am wake up calls take their toll on those not used to dragging themselves out of bed so early in the day. After a week of early mornings, hours out in the fresh air, disjointed sleep patterns, when I was having more afternoon naps than I’d had since I was a toddler, I was feeling rather exhausted. So whilst we were sad to leave Nanzhila, it was nice to get back to the perennial welcome at Mukambi Safari Lodge and spend the rest of the day doing absolutely nothing at all. A lengthy and luxurious bath on our verandah, watching the river flow by, sundowners in the lodge with the spectacular colours of our final Kafue sunset and early to bed… just what was needed.

The following morning we were rudely awoken by a raiding party of baboons, leaping spectacularly onto our roof. They made such a racket that I, half asleep, wondered if they might fall right through and land on the bed. The roof withstood the onslaught and we went outside to get a better view of the antics. Play fights, real fights, hugging, grooming, squabbling and eating. It made me realise how little time we generally spend observing baboons and how interesting they really are. We weren’t the only ones watching the hijinks, a pair of impala looked on, unimpressed, clearly having seen it all before.

It was time to leave this special park behind and head back to ‘civilisation’.