Tiger fishing and boat-based game viewing, Sarah Kingdom takes us on her adventure to the Lower Zambezi’s Redcliff Zambezi Lodge… 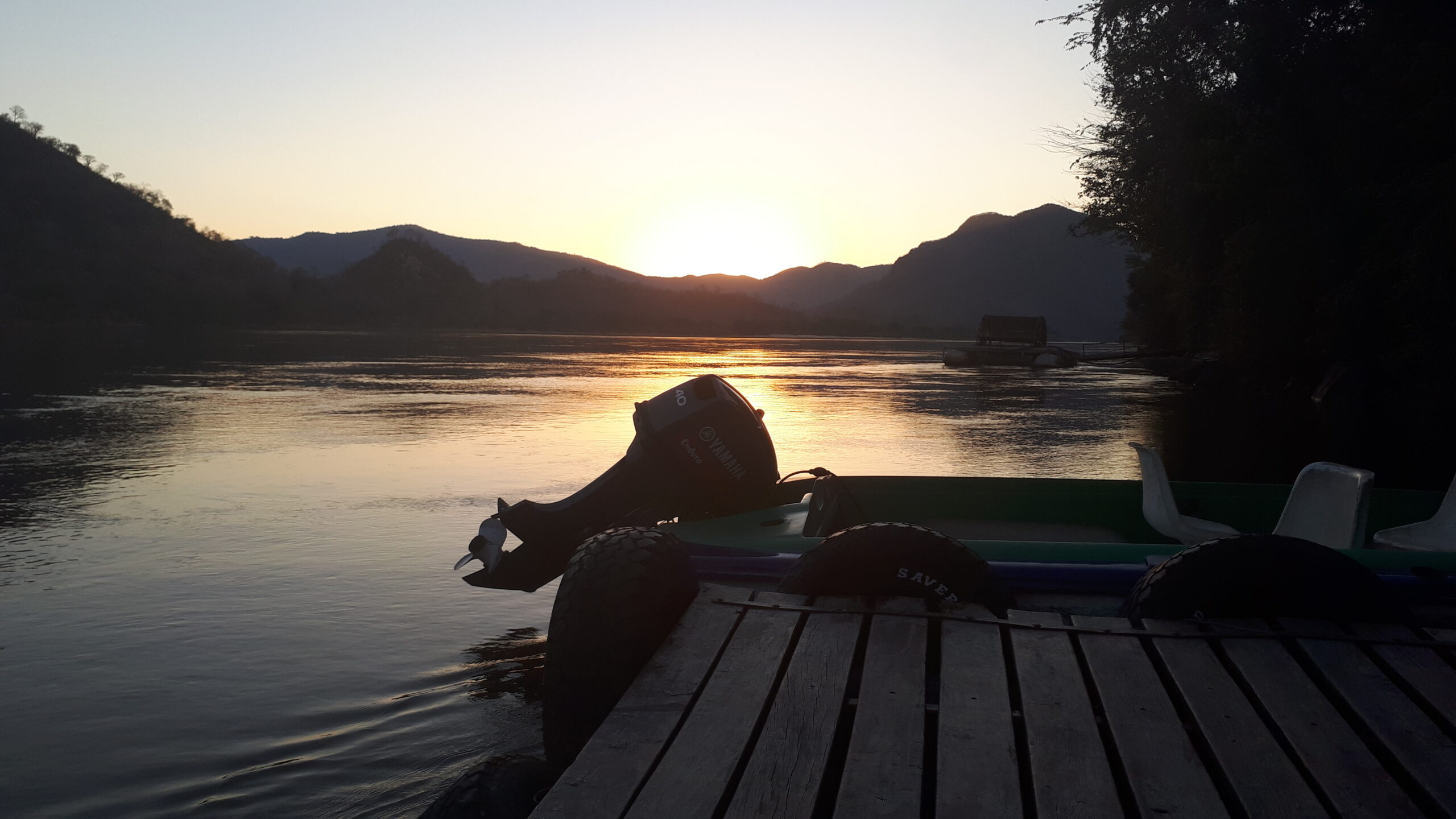 We are heading back to camp after a long day of fishing when my husband asks, “just one more cast”. So we stop the boat and out goes the line. Within minutes he’s caught something. Either that or the line got badly snagged on something at the bottom. The rod is bending, a lot, and he’s struggling to reel it in. With the engine off we paddle the boat a little closer to where the line disappears into the water. Suddenly the line starts to move. Something is definitely on the end, and it’s trying hard to burrow deeper into the mud at the bottom of the river.

A tug-of-war ensues, which my husband is gradually winning. Ten or fifteen minutes pass until we see something churning the surface of the water; rolling over and over. We still can’t quite make out what it is. Out goes the keep net and eventually, we manage to manoeuvre it into place. Bringing it on board, we tip a writhing, slippery, slimy eel. After disentangling the line that was wrapped tightly around its body, we weigh it. To my husband’s delight, it weighs in at 4.5kg – almost as long as my husband is tall.

We’d later learn this was a record-sized eel caught in this part of the river for the last two years. My husband is thrilled to see his name up on the record board!

We’ve recently discovered one of Zambia’s hidden gems, Redcliff Zambezi Lodge. It’s situated on the banks of the Lower Zambezi River, between Luangwa town and the breathtaking Mpata Gorge, just south of the Lower Zambezi National Park. The lodge takes its name from the stunning red cliffs of the Kanyemba Hills, which you pass through during your boat transfer en route to the lodge. The scenery is seriously impressive, made all the more so by the realisation that very few people ever pass this way. This is an off the beaten track adventure. The perfect spot for the avid or the amateur fisherman. The area is best known for Tiger fishing and some impressively sized catches in the vicinity, (my husband caught a respectable sized 5kg one). For the fishing aficionados, other fish found in the local waters include Cornish Jack, Bottlenose, Silver Catfish, Bream Squeaker and Vundu, with over 30 species in total. (The lodge has a strict ‘catch and release’ policy).

This is a pretty remote wilderness, and even if you’re not a keen fisherman there’s enough to keep you occupied. I myself and not a fisherman, and after dropping a line, and then myself, at the end of a wharf as a little girl, I probably never will be. 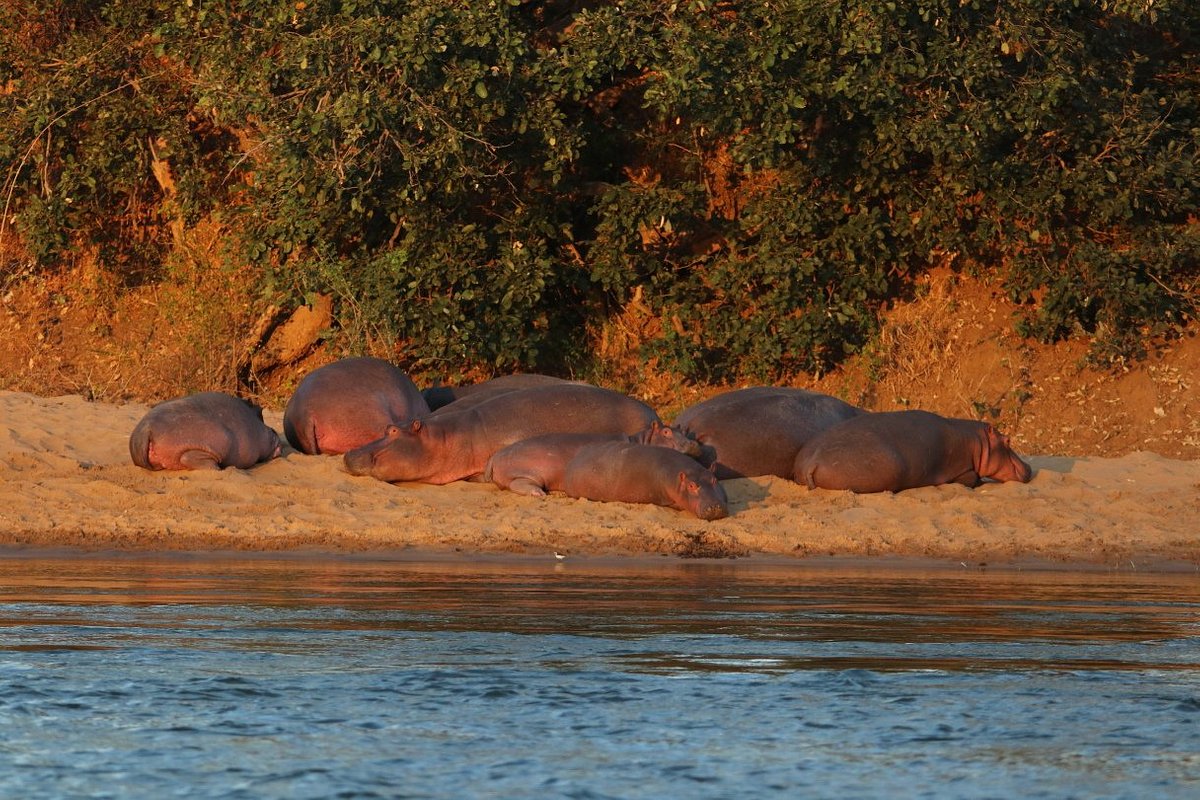 A Game Drive on a Boat

At Redcliff we may have been out on the boat for 6 or 7 hours a day, but I was never bored. I occupied myself with game viewing from the boat and was rewarded with elephants, kudu, waterbuck and more. As we ate our lunch on the boat, we passed some friends who had gone ashore to eat, picnic-style on the river bank. A persistent and remarkably tame looking yellow-billed kite swooped in to try and grab morsels of their lunch. Impressed by its tenacity, our friends threw pieces of sausage up into the air, which the kite skilfully caught, returning over and over in the hopes they would throw up some more. Unbeknownst to our friends on the bank, barely 100m from where they stood, a leopard, hiding in the grass and reeds was lapping water from the river. We headed in on our boat to get a better look, but it was shy and disappeared into the undergrowth before we got too close. 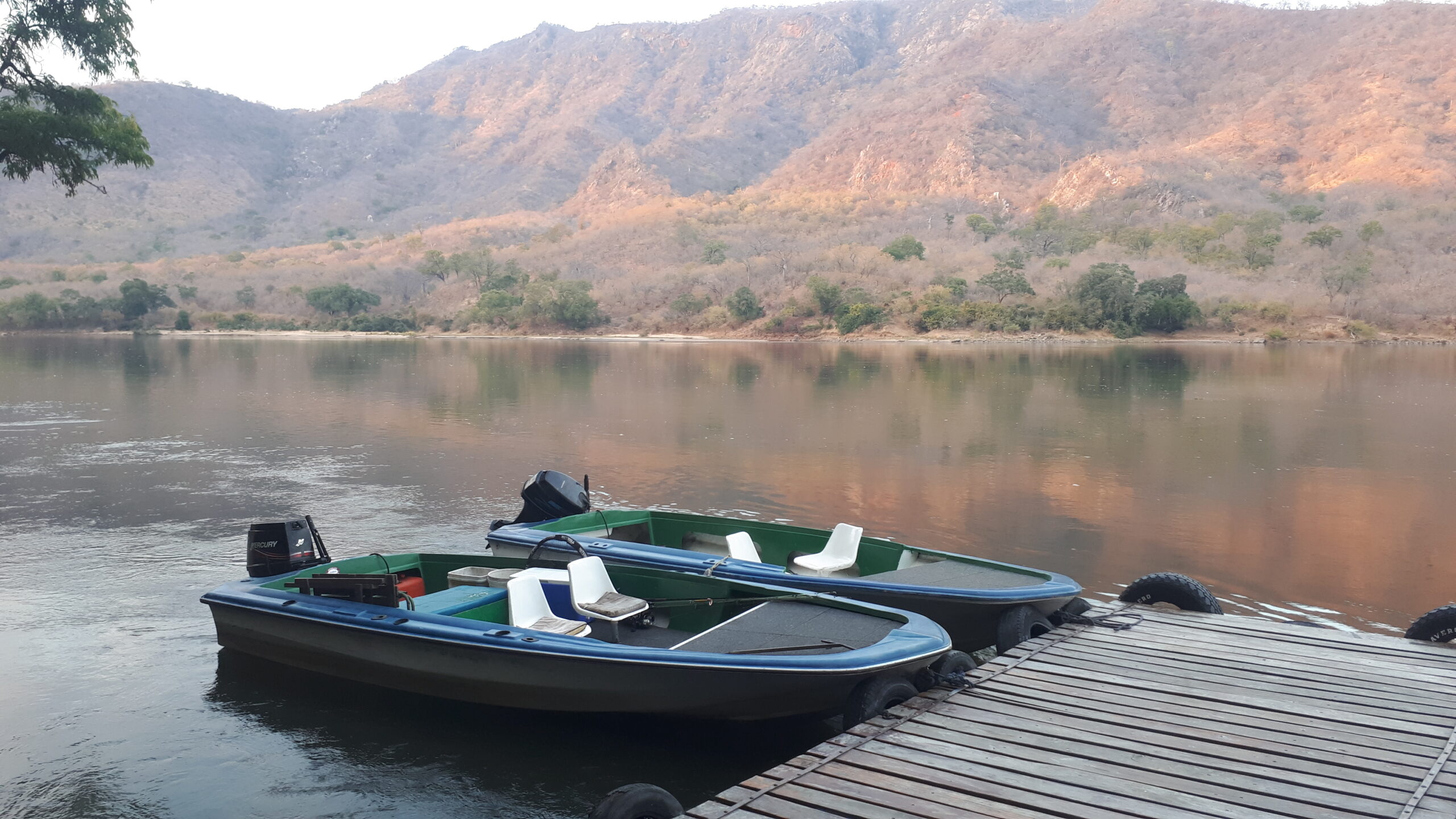 We walked in the hills behind the lodge one morning. The view from the top was beautiful. Huge baobabs dotted the landscape. Monkeys and baboons crossed out path. Two huge fish eagles soared overhead. A dark grey male bushbuck, with its distinctive white spots, moved calmly through the undergrowth. Down by the water’s edge, as we turned to head back for camp we spotted a magnificent Pells Fishing Owl.

An easy four-hour drive from Lusaka on pretty good tar roads (with just one bad patch), a 13km stint on a bush dirt road, and a short but stunning boat transfer to the lodge itself, this is a great place for a getaway. Redcliff can accommodate up to 16 people in the en-suite chalets that line the riverbank, under some huge shady trees. You don’t even need your own boat or fishing tackle, the lodge has all you need, as well as terrific, experienced, friendly and, most importantly, patient guides. This is a great place to come to explore and experience a less-visited part of Zambia.