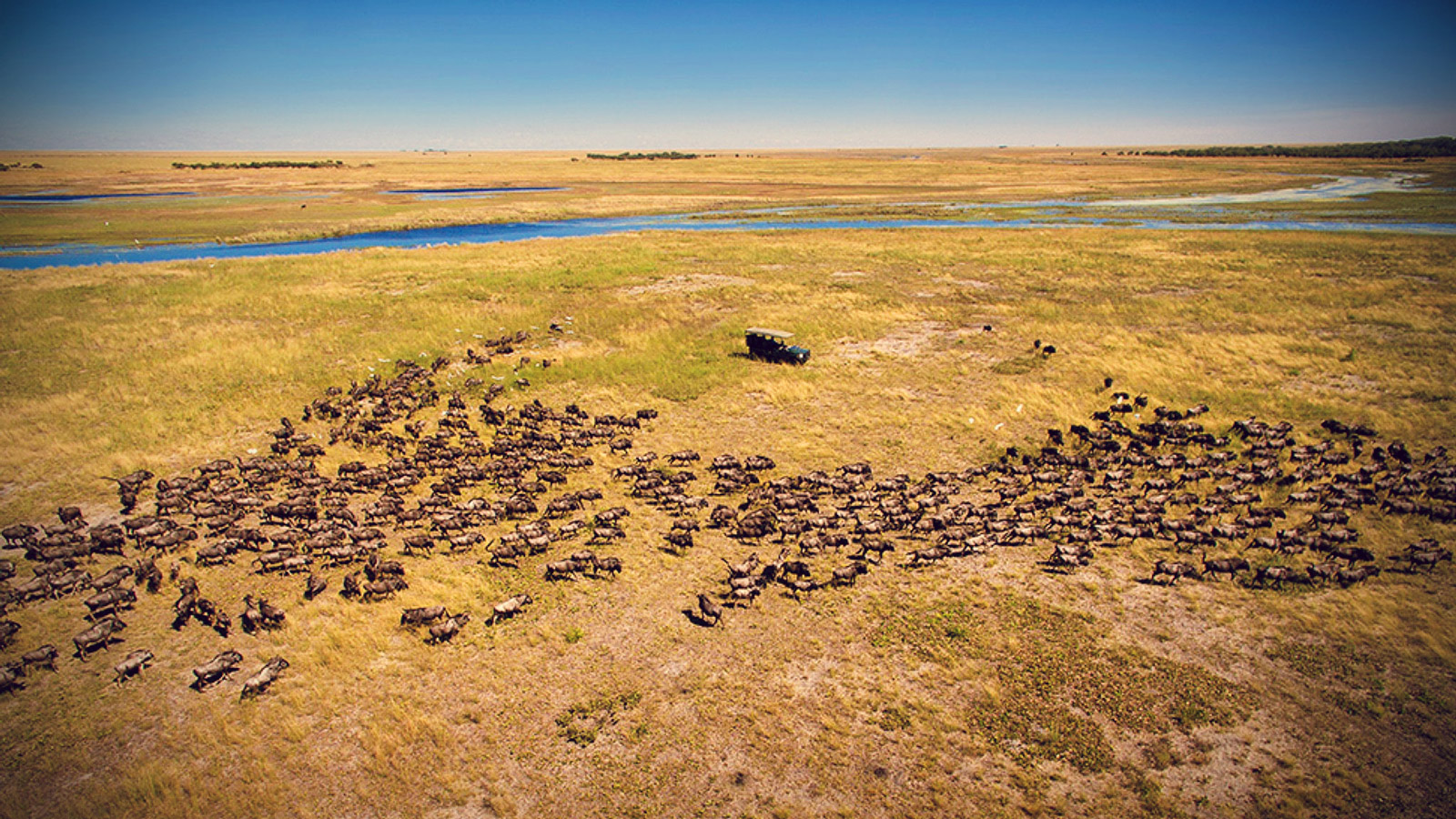 WESTERN Province, best known as home of the prestigious Kuomboka ceremony of the Lozi speaking people, is endowed with a number of tourist sites that offer a captivating tourism experience.
From the beautiful Barotse Plains in Mongu, which are a marvel to look at, especially around April when they filled with water, to the natural phenomena in Liuwa Plains National Park in Kalabo district.
But one which seems to be a seasonal marvel is the wildebeest migration, which is actually Africa’s second largest migration after the Masai Mara-Serengeti trek in Kenya.

The park, which covers 3, 660 square kilometres, is home to the wildebeest migration that has continued to attract both local and foreign tourists over the years. In 2000, the natural phenomena recorded only 50 tourists but with the construction of the Mongu-Kalabo road and the introduction of Proflight into Kalabo, the spectacle of Mother Nature has seen the numbers increase over the years. At the beginning of the rain season every year in Zambia, herds of blue wildebeests arrive at the Liuwa Plain National Park in thousands to seek fresh grazing in the remote sublime Liuwa Plains. The migration starts in early July when the wildebeests move north towards greener grazing pastures and when rains build up in early October, they head southwards.

Some of the wildlife one expects to see during this period include zebras, red lechwes, duikers and roan antelopes. Predators such as wild dogs, lions, hyenas, leopards, jackals and wildcats can also be spotted as they target antelopes. The birdlife in Liuwa is also excellent with over 300 species recorded in the area.
And as the wildebeests gather on the ground, the birds provide yet another exciting migration in the skies, a spectacle that provides a refreshing lifetime experience.
A local tourist, Mukeya Liwena, who is a regular visitor to the park, says the best time to see the migration is late November just before heavy rains arrive. Mr Liwena says the scenery creates an exclusive glimpsing and safari experience. He has since called on Zambians to take time and visit Liuwa Plains for an unforgettable experience.
‘‘Seeing thousands of wildebeests moving and running around in open park evokes imaginations of how it was in pre-historic times. Liuwa is so refreshing especially to those who are busy with work, that’s why it’s important to take some time off and go and connect oneself with nature,’’ he says.
Mr Liwena says his attention on his first visit was caught by how human and animals are living in the park with no human-animal conflicts.

Liuwa Plains, a large grassy plain and woodland area, is home to a multitude of large mammals and over 300 bird species. The park at one time was home to a lone lioness which was nickednamed Lady Liuwa. The only surviving of its kind, Lady Liuwa survived the cruel hand of poachers who killed a massive number of lions over years in illegal trophy hunting acts. According to the World Wild Fund (WWF), Zambia social media posting, the lioness, which was first spotted in 2000, loomed the park in isolation. Her separation from her kind drew her closer to humans in such a way that she was considered part of the conservation family. Lady Liuwa, unfortunately died in August 2017 from natural causes aged between 17-19. The Liuwa Plain National Park was proclaimed a game reserve in the 1880s by then king of Barotseland, Lewanika in whose name a lodge has been erected at the heart of the park. It was established as a national park in 1972. It is run by African Parks with the support of the Department of National Parks and the Barotse Royal Establishment.