Botswana, officially the Republic of Botswana, is a landlocked country located in Southern Africa. The citizens refer to themselves as Batswana (singular: Motswana). Formerly the British protectorate of Bechuanaland, Botswana adopted its new name after becoming independent within the Commonwealth on 30 September 1966. It has held uninterrupted democratic elections since independence.

Botswana is flat, and up to 70% is covered by the Kalahari Desert. It is bordered by South Africa to the south and southeast, Namibia to the west and north, and Zimbabwe to the northeast. Its border with Zambia to the north near Kazungula, Zambia, is poorly defined but at most is a few hundred metres long. 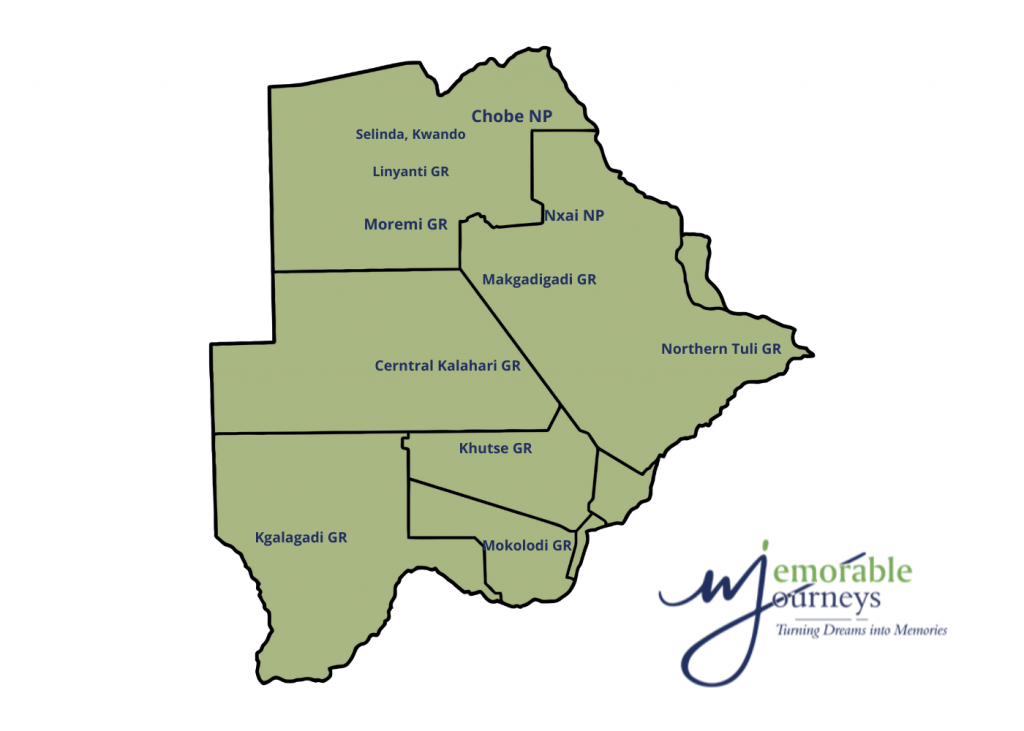 Botswana is well known for having some of the best wilderness and wildlife areas on the African continent. With 38 percent of its total land area devoted to national parks, reserves and wildlife management areas – for the most part unfenced, allowing animals to roam wild and free – Botswana is a rarity in our overpopulated, over-developed world.

Here you will experience the incredible beauty of the world’s largest intact inland Delta – the Okavango; the unimaginable vastness of the world’s second largest game reserve – the Central Kalahari Game Reserve; the isolation of the Makgadikgadi – and the astoundingly prolific wildlife of the Chobe National Park.