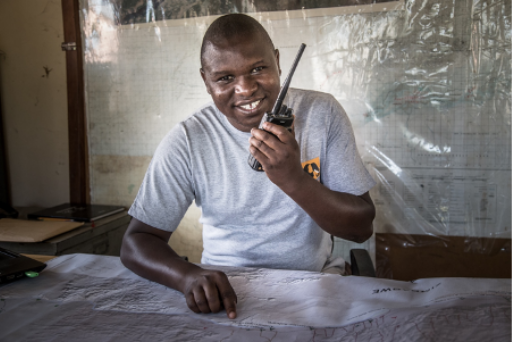 Conservation Lower Zambezi (CLZ) has been working to conserve the ecosystem and wildlife of the Lower Zambezi National Park and surrounding Game Management Areas (GMAs) for over 25 years, through wildlife protection, environmental education and community empowerment.

Since its humble beginnings in 1994 with only a handful of staff, the organisation has since grown exponentially now employing 66 employees. We are proud to show that out of this, 64 members of our staff are Zambian, and 80% hired and trained from the local communities in the GMAs surrounding the Park. The team behind this tremendous effort has shown incredible dedication, belief in the cause and strives to help CLZ achieve its vision of a valued and protected Lower Zambezi ecosystem. 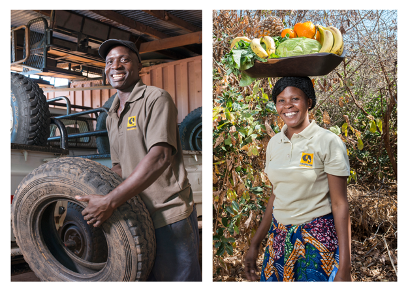 Amongst those hired from the local communities in the Lower Zambezi, interest in working within wildlife protection stemmed from their experiences with and knowledge of CLZ. For many staff, this began during school with their time spent in Chongololo Conservation Clubs, a Zambian government-run environmental education program established in 1972. It is what was taught during these club meetings that encouraged many to seek out ways in which they could enter the conservation field. In 2004 when CLZ’s Environmental Education Programme was established, CLZ began engaging these students in the Chongololo club to further reinforce topics on conservation and living sustainably and provide more resources to inspire these influential children to grow up and protect their environment.

One individual who began his journey as a result of his experiences with CLZ’s Education Programme as a child is Operations Manager and second in command Rabson Tembo. Rabson joined the team back in 2012 and he now oversees and coordinates all law enforcement operations in the Lower Zambezi alongside the Department of National Parks and Wildlife. 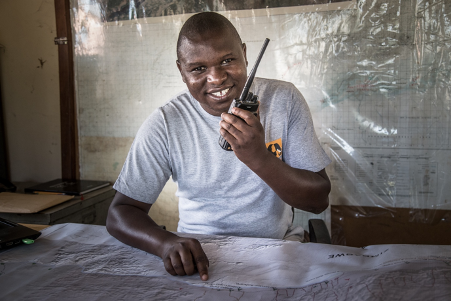 During school in Kalipano Village, Rabson was encouraged by a friend to join the Chongololo Conservation Club. At the time he was apprehensive as he did not see why preserving wildlife was important. ‘I didn’t have interest in wildlife because my parents are farmers so the only time I knew wildlife was when an elephant or hippo got into my parents’ field and did a lot of damage’. Aside from the financial impact, this had on his parents it also posed a considerable threat to the safety of his community as Human-Wildlife Conflict was (and still is) a major issue within the area. Despite his initial views Rabson slowly began to gain an interest in conservation through the clubs’ activities and lessons. Eventually, the group of children got the opportunity to visit CLZ basecamp as well as view the wildlife through activities such as game drive and boat cruises. It was on this excursion that Rabson saw the beauty and value of the area and felt an urge to help protect it. In 2012 he joined the management team at CLZ and has been working hard to protect wildlife ever since. 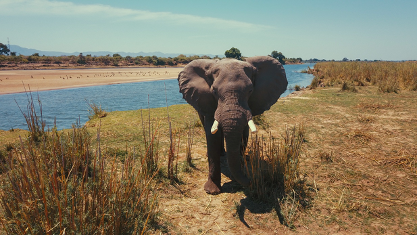 CLZ has a long history of engaging the community in conservation efforts however in more recent years the organization, through donor funding, has invested in a number of employment initiatives aimed at offering financial alternatives to poaching. Examples of this include the M’beli Women’s Group who were given sewing machines and trained to in tailoring as well as a Maunda Women’s Group whom a building was constructed for to raise and sell broiler chickens. Other support has been provided in the form of boreholes to provide a safe and clean water source, as well as a number of Human-Wildlife Conflict mitigation efforts such as Living With Elephant workshops and hippo and elephant chilli fences. It’s these programmes that not only offer an alternative to poaching but also help empower communities to provide for their families. 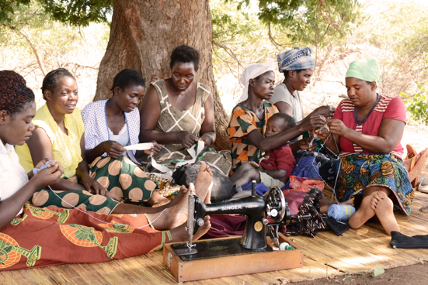 CLZ’s employees consist of Community Scouts, drivers, cooks, cleaners, gardeners and positions in management. Every single role at CLZ plays an important part in our conservation efforts. An example of this can be found in Timothy Kanyaya who has been a part of the team at CLZ for 15 years. Similar to Rabson, Timothy first learned about the importance of conserving wildlife when he joined the Chongololo Conservation Club in primary school. This is also where he first heard about CLZ and their work in and around the Lower Zambezi. With a desire to help the organisation in their mission, Timothy started at CLZ basecamp as a cook. From there he was supported in applying and training for his boat licence leading him to become a coxswain. Navigating the ever-changing Zambezi river is a challenge in itself however Timothy was determined to learn and ultimately aid in the deployment and transport of teams in and out of the Park. From there he trained and received his driving licence and has continued to gain skills creating a jack of all trades that helps in every aspect. After 15 years with the organisation, Timothy is still ‘very, very happy to be working at CLZ’. 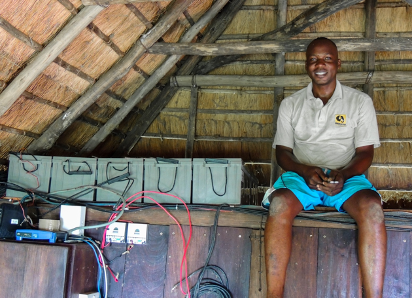 Without the hardworking team at CLZ basecamp, the wildlife of the Lower Zambezi National Park and surrounding GMAs would still be decreasing at an alarming rate. When people think of conservation or wildlife protection they tend to think of the boots on the ground, patrolling, apprehending suspects and confiscating illegal wildlife products. Although they do play a vital role, it is those behind the scenes that also make these patrols possible and successful. Whether it’s through coordinating operations, feeding staff or transporting teams, every person has a role in helping protect wildlife for future generations.