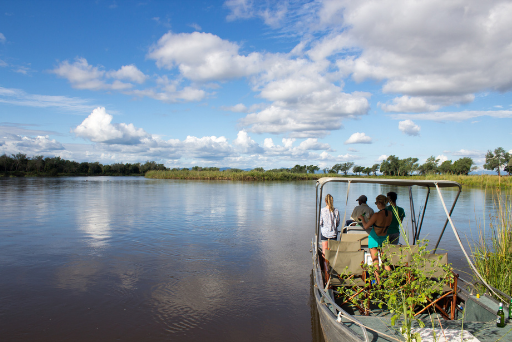 The rod tugs. ‘Ah, must be caught on more reeds’, I think, as I gently loosen the line in preparation to untangle and bring it back in. The rod tugs again, harder this time. It tugs more urgently and I quickly realize that no amount of currents or reeds can create such purposeful force. The end of my rod begins to bend heavily as I frantically put down my cold shandy and think of the first step: allow the fish to pick up and run with the bait before striking; that must mean to swim with the bait. 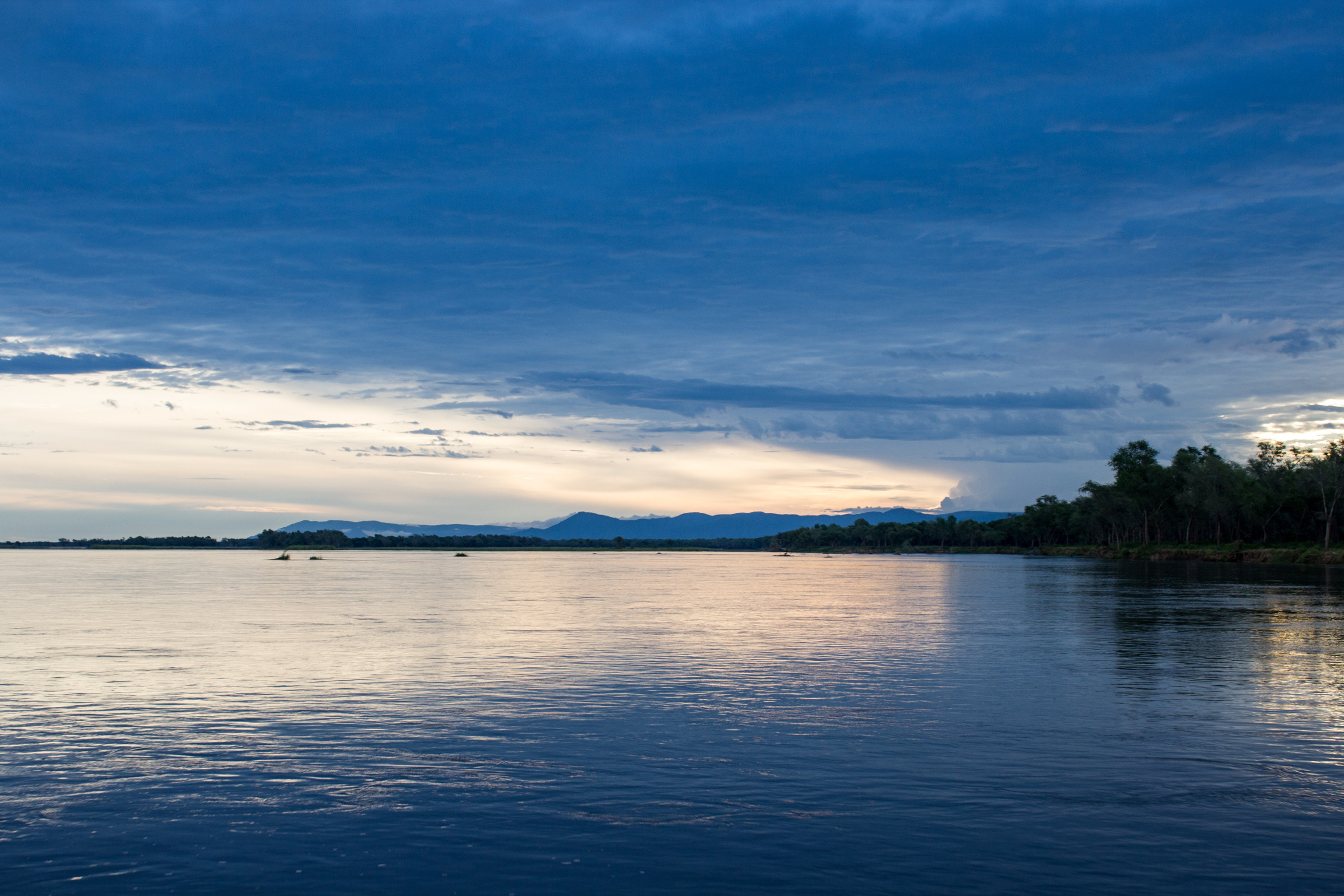 The attention of my four comrades has now turned to me, ‘Strike! Strike!’ they yell as I pull the handle up, bending the rod into a half-moon. The first strike fails but the fish is determined to catch its prey and all I can hear is a jumble of commands: ‘You’re on!’ ‘Let it run!’ ‘Strike!’ Not knowing who or what to listen to, I pull the rod up and strike again, this time with more vigour, and suddenly there is a dead yet thrashing weight at the end of my rod. I quickly start reeling in but the monster in the water is strong. Gripped with panic, I look to our river-whispering guide for help and he calmly mimics the action of reeling in. I focus and reel in my first tiger fish, weighing in at 0.9 kg – hardly a monster but pretty good for a first-timer.

That’s the thing with tiger fish – renowned for their aggression and speedy swimming skills, it is no easy feat to hook and land one (fancy fishing jargon for catching and reeling in). As a novice, I was certainly not prepared for the afternoon ahead in one of the prime tiger fishing destinations on the mighty Zambezi River. A remote, untamed and game-rich area of Zambia, the Lower Zambezi National Park runs alongside this part of the Zambezi River where tiger fish patrol the waters.

The most favourable time for tiger fishing in this area is from September through to November, when it is starting to warm up and the water is still clean because the rains have not yet poured down, allowing for perfect conditions for afternoon fishing. And the afternoon is an ideal time to be on the river. As we set off, almost immediately we were met with herds of elephant wading through the water and goliath heron picking their way through the reeds surrounding the dotted islands. Quickly forgetting the mission at hand, I scanned the banks for skittish crocodiles and watched how close we could get to a hippo before it snorted and ducked under the water in disapproval.

As we came to a slow halt, I looked at the area of the river that was best for tiger fishing.

Beautiful yes, but the inexperienced fisherman in me could not quite understand why we were moored next to a clump of reeds and just on the edge of what appeared to be a confluence of two currents. After checking with my companions and our expert guide, I was assured of two things: close to the reeds was where we would catch our baitfish, chessa, and at the confluence of the two currents was where the large tiger fish would be waiting for our bait as they prefer fast and oxygenated waters. 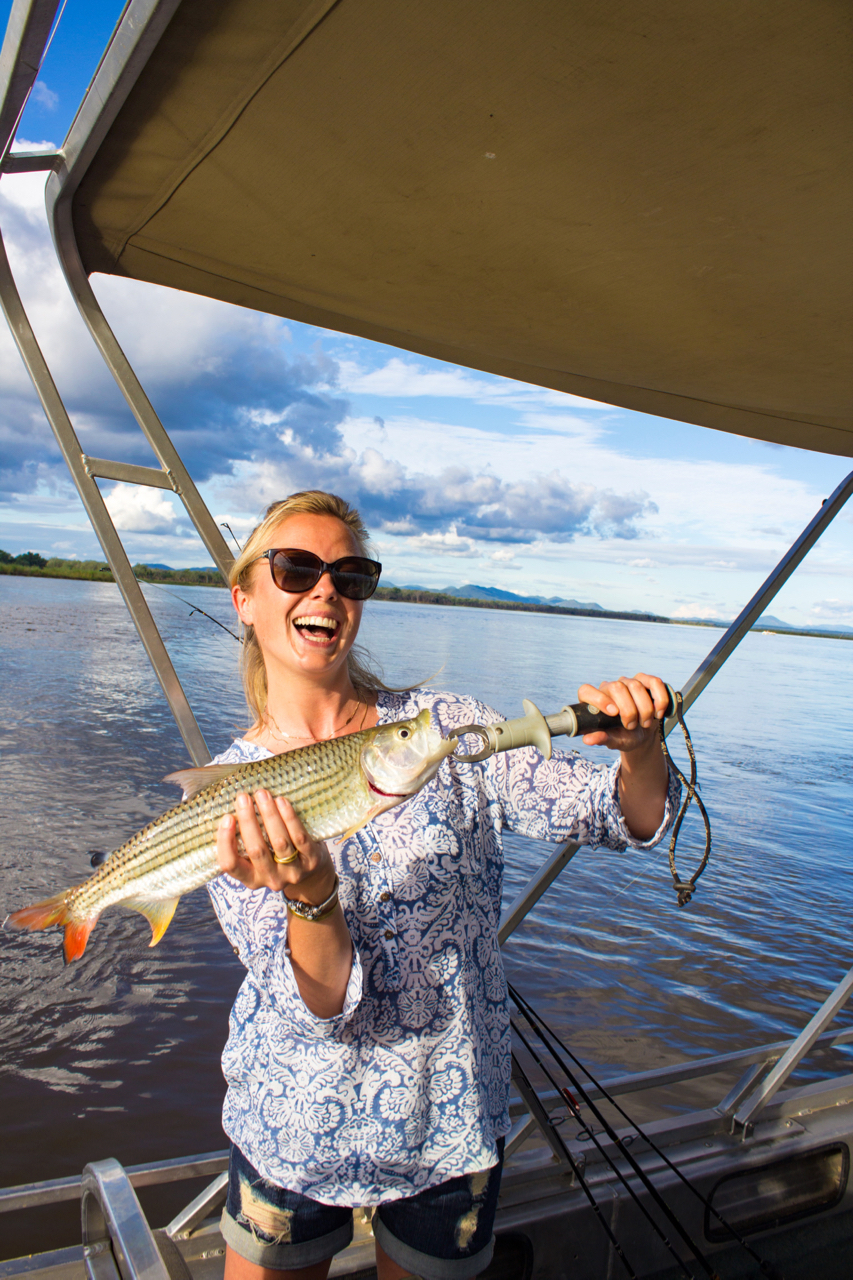 Catching a chessa was quick and easy, and one would think that it paved the way to easily reeling in a relatively small tiger fish. After my minor battle with my first catch, an invaluable lesson was learned: the fish will run with the bait twice – first moving away from the school and eating the bait before returning to the school, and it is on this second run that one must strike and keep calm.

A slow drift back to shore with the blazing setting sun was the perfect end to a very exciting afternoon on the Lower Zambezi, and I quietly decided to return one day for my second catch.