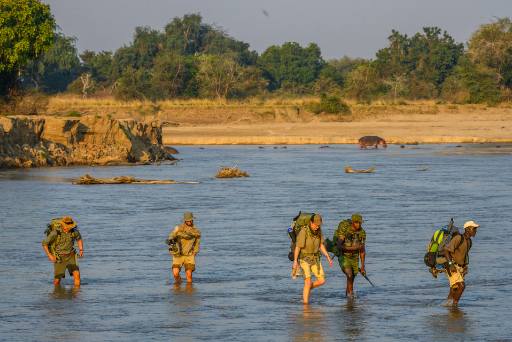 2020 has been a tough year for most people around the world, but there are many natural environments which have breathed a sigh of relief from the human impacts on their spaces. The Luangwa Valley is a natural space where the movements of wildlife and humans are closely linked, and a mutual balance needs to be maintained.

The tourism-driven economy in the Luangwa Valley provides livelihoods for most of the employed people in the region, and with COVID-19 causing a reduction or halt in tourist activity, livelihoods were negatively affected.

Nick Riddin (Remote Africa Safaris) dreamt of walking the length of the Luangwa River, given that it is the home of walking safaris, and had planned on starting in 2020 by walking from Mwaleshi Camp in North Luangwa to Tafika Camp in South Luangwa. With the obvious impacts of COVID-19 on tourism, Nick decided to lengthen the walk and raise awareness and support for the wildlife and people of the Luangwa Valley that were to be impacted by the lack of tourism. 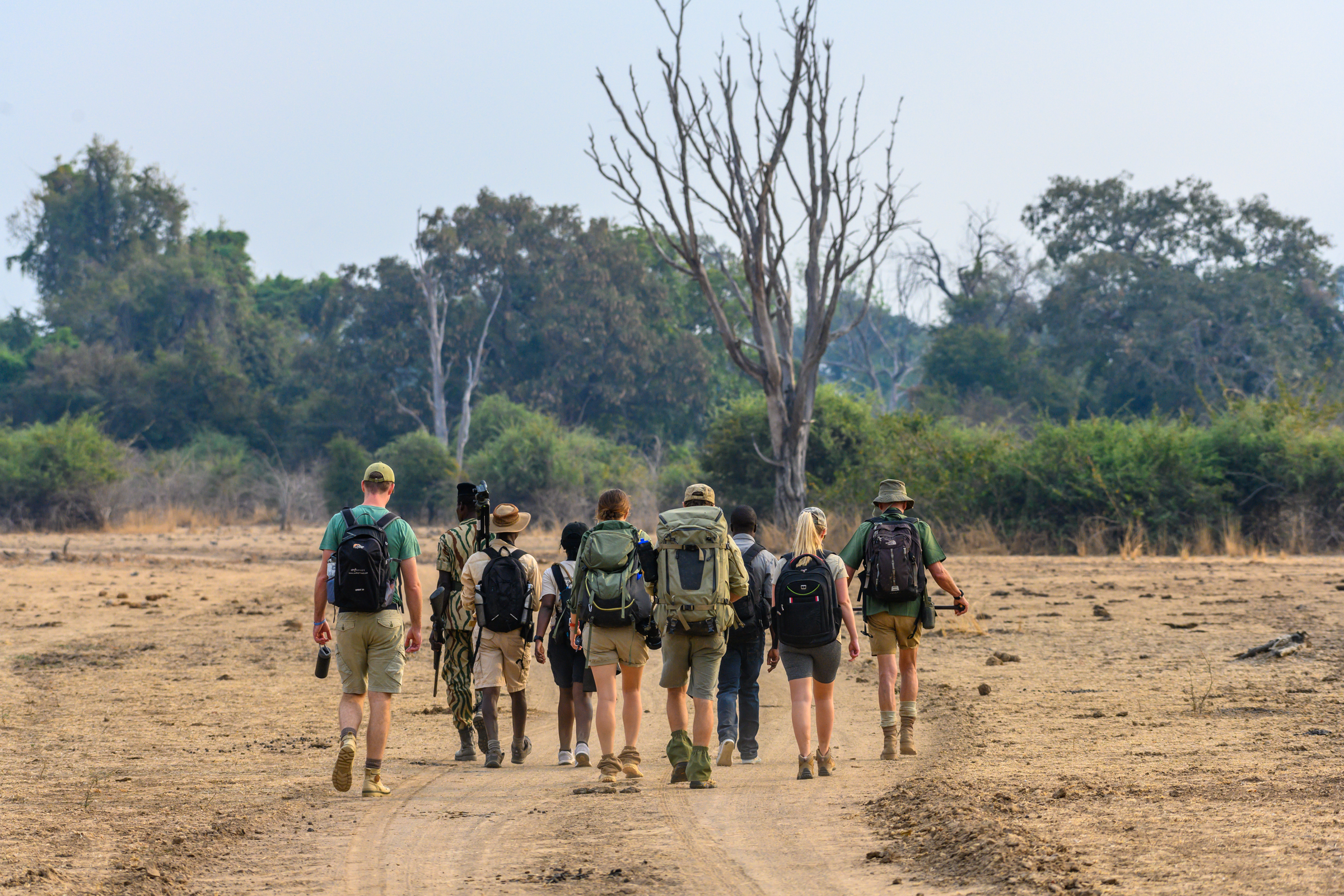 Nick reached out to Matthew Blair and Mana Meadows (Conservation Storytelling) to see whether they were interested in joining the walk and documenting it from a ‘people-perspective’, to allow the voices of the Luangwa to be heard and understood. This core team, combined with experienced walking safari guides and armed Zambian Department of National Parks and Wildlife (DNPW) scouts, set about planning the walk.

The route took them from the North Luangwa Conservation headquarters, in the heart of North Luangwa National Park, along the Mwaleshi River for two days before reaching the Luangwa River. Here they walked through big game country escorted by four key members of the North Luangwa conservation team and managed to see the big 5 ON FOOT on the morning of the second day, after having been surrounded by three impressive male lions for most of their first night camped out on the riverbank in fly tents. Who said you don’t see big game on foot! 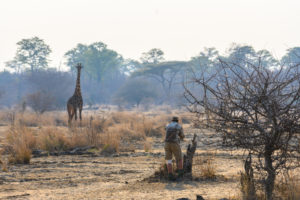 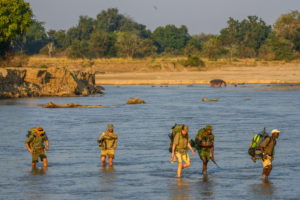 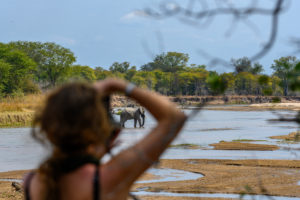 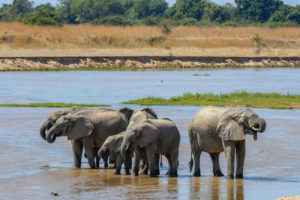 The following three days the team walked through game management areas before reaching Luambe Camp in Luambe National Park. After 131km on the East bank and a good night’s rest, the team crossed the Luangwa River at sunrise in time for a meeting with HRH Chief Nabwalya to discuss his take on natural resources and his chiefdom’s relationship between humans and wildlife. From here the group continued down the West bank through GMA and into South Luangwa National Park’s exclusive walking safari area, where they encountered a number of leopards and numerous elephant, giraffe and antelope.

Once the team reached Tafika Camp, Nick’s home, after 205km and 6 nights of camping in the wilderness, they dumped their tents and sleeping bags and moved on to the tourism leg of the walk. For the remainder of the walk, the team were graciously hosted in lodges throughout South Luangwa. The next 8 days of walking saw the team cover an additional 160km, at an average of 20km per day. They were joined by a number of important conservation and tourism stakeholders along this leg, including representation by Conservation South Luangwa, Zambian Carnivore Programme and DNPW.

In total, the team walked 365km along one of Africa’s longest undammed rivers, going days without encountering roads and mostly being outside of cellular reception all in the presence of high densities of big game.

This walk was undertaken to raise awareness and support for this delicately balanced ecosystem. All tour operators and conservation groups in the region were incredibly supportive of the initiative, hosting and feeding the walkers along the way, and spreading the word through their network bases. 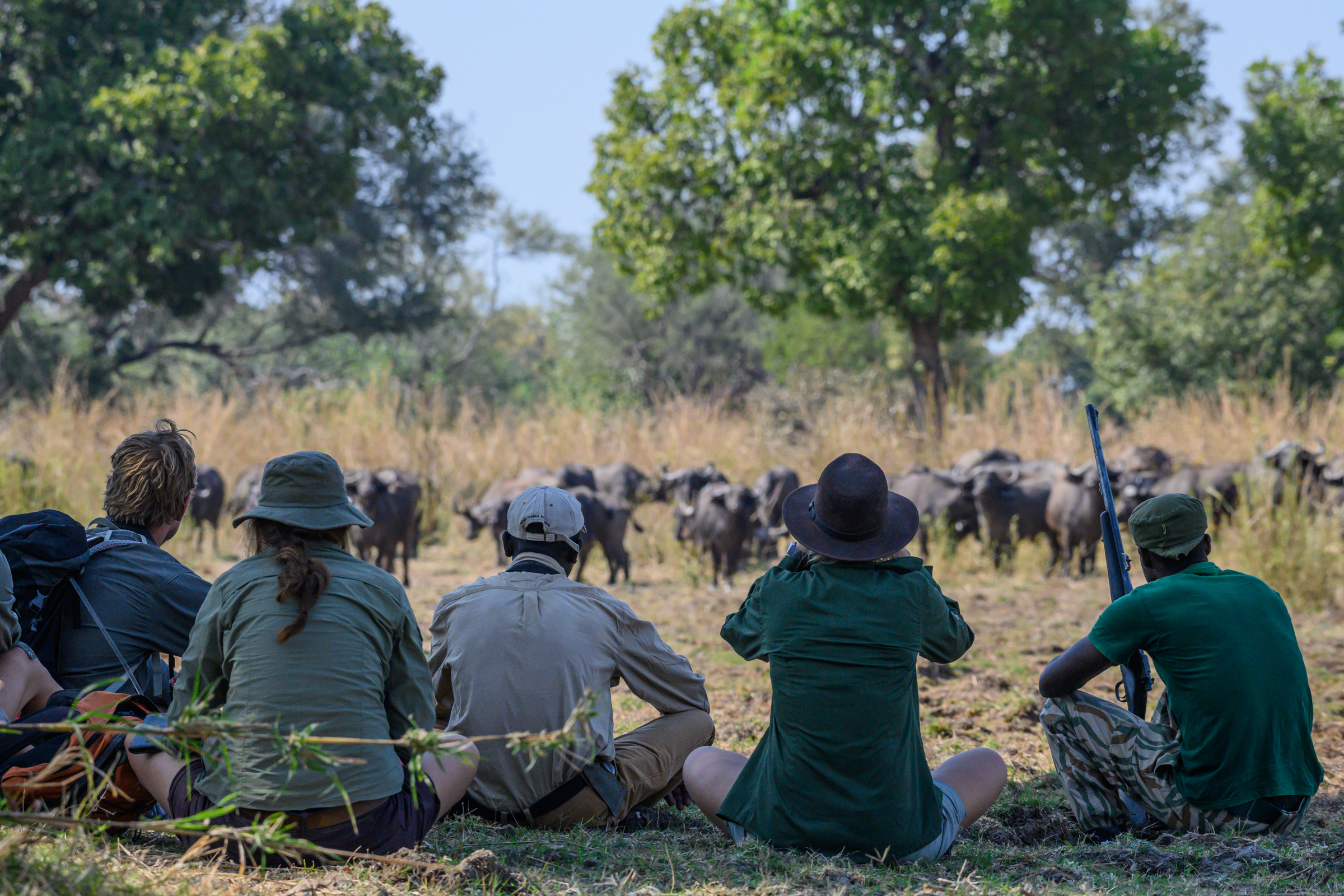 Though the walk talk took place some time ago, the cause remains current. With lagoons drying up, animals losing condition, concentrating along the rivers and with rural community food stores reaching low levels, now is the time when the impacts can be made on the ground. The fundraising continues and NGO’s and tour operators will continue to do their best to support the wildlife and communities in the Luangwa Valley in the challenging months that lie ahead.

To support the initiative head over to the Just Giving page. To support any of the organizations directly, you can contact them on their websites or get hold of Nick (nick@remoteafrica.com) to put you in touch with them.

The beneficiaries of the walk proceeds and ongoing projects within the Luangwa Valley include: